I thought I’d take a break from regular programming on The Copy Detective to introduce myself a little more intimately. You may know me from a while back but if you’re new around here, Welcome!

These are some things that you (probably) won’t know about me and that you might find interesting. Or not!

Are we friends now?

I’d love to know some surprising things about you. Let’s get comfy and share! 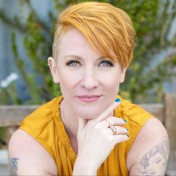