This is a guest post by Morgan Williams from The Law School Dropout. Over to you Morgan!

You know that compelling copywriting is crucial for your writing but it’s frustrating trying to sit down and create an awesome piece of copy.

You agonize over the headline.

You rack your brain for the perfect lead and story, but you just can’t find them.

You may walk away from your piece for awhile, but when you come back you still have writers block. Even when you manage to get something down on paper it falls flat.

Did you know that there’s a magic ingredient in all great copywriting? Master copywriters use this one tactic to always get their sales letters read, email opened, and blog posts clicked on.

In fact, your writing could be horrible but if you have this one thing, it could turn a terrible post into a compelling one.

In this post you’ll discover what this “secret” ingredient is and how you can use it for your benefit.

Two researchers at The University of Chicago Booth School of Business conducted a study in which 54 college students came to their lab and were given electric shock pens that had been left over from a previous experiment.

The students were told that they could play with the pens (click them) to pass the time while they waited for the actual study to take place.

Another group of participants were given 10 pens that all had yellow stickers – some would shock and some wouldn’t.

Can you guess what ended up happening?

Students that were in the uncertain group clicked noticeably more pens than those who didn’t. Those who didn’t know the outcome clicked about five and those that did clicked two red pens and one green pen.

The psychology of grabbing attention: the Pandora effect

The two researchers conducted several more variations of the test in different environments and achieved the same outcome. They chose to name the tendency for people to choose an uncertain outcome even when they know it might have an unpleasant outcome as the Pandora effect.

A modern day Pandora’s box was created — even though the participants knew bad things could happen by clicking the pens (opening the box), they still did it.

It’s human nature for us to want closure. We have an innate desire to resolve uncertainty and “close the loop.” People have a natural curiosity that causes them to take risks, even when they are aware of the possible dangers.

So how does this help your copywriting?

How to hook readers into your copy

When you’re writing copy you can use the incredible power of curiosity to stop readers in their tracks and get their attention.

The good news is that you don’t have to reinvent the wheel. Curiosity has been the greatest secret weapon of world class copywriters for decades.

According to research conducted by George Loewenstein at Carnegie Mellon, “curiosity occurs when there is a gap between what we know and what we want to know.”

To use this in you writing you have to create an open loop, or curiosity gap, to pull the reader in. It can’t be too vague or specific.

When adding curiosity to your copy, the first place to start is your headline.

If people aren’t hooked by your headline, nothing else will matter because they won’t read past it.

Here are 3 ways to create curiosity in your headline (examples included):

“Some call it the cure for childhood obesity. They call it education’s enemy. “

Emotion is a powerful force in copywriting. People decide to buy based on emotion and rationalize later based on logic. This is why you never see incredible headlines at the bottom of a sales letter, or a money- back guarantee at the beginning.

Twist the knife on a hot topic to spice up your headline.

“Think America is the best country? Maybe you should listen to this inspiring
senator.”

When people hear something that is asserted as truth, but goes against their
expectations, it creates curiosity a curiosity gap that people can’t help but fill.

Go against the grain on some widely held beliefs to make a great headline.

“You can’t imagine the amazing fifty second video this unstoppable father of
three made.”

People want to be entertained. Think about how big the movie, television, and
music industries are. If you can craft an entertaining headline that goes above and beyond by shocking your reader – you’re on the right track.

What ways have you used curiosity in your writing?

What other tools do you use to grab the attention of your readers?

Don’t stop at the headline – Use curiosity all throughout your copy to keep your readers on the edge of their seats. Click here to download a PDF version of this post. 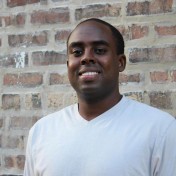 Morgan Williams gives freelance writers simple, practical tips for improving their copy. Check out his blog over at The Law School Dropout. His blog posts are sure to take your copy to the next level. You can also follow him on Twitter: @jddropout